Until recently, deficit occupations in the labor market included several economic sectors, primarily the information technology sector, which has in the last 10 years expanded in Serbia, and also worldwide. However, research now also point to a shortage of vocational occupations, and a lack of professional staff in the construction sector and service industries. In cooperation with the company Infostud group, i.e. the site Jobs Infostud which has the largest database of job vacancies, an online meeting “Deficient occupations on the labor market” was held. At this meeting, more than 20 young Roma from all over Serbia were informed about areas of work with the most job vacancies announced.

PR manager of the site Jobs Infostud, Miloš Turinski, at this online meeting presented an overview of the most deficient occupations during 2019. He pointed out that 2019 was a record year with almost 50,000 job vacancies on the Jobs Infostud site. Areas in which there is a continuous need for employees are: 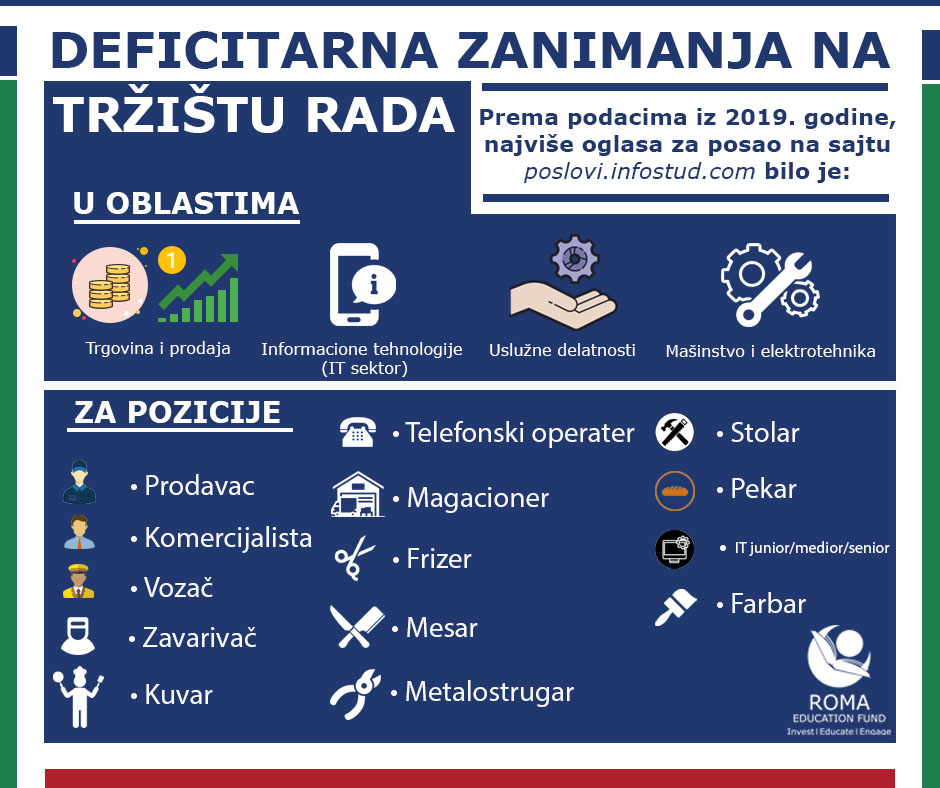