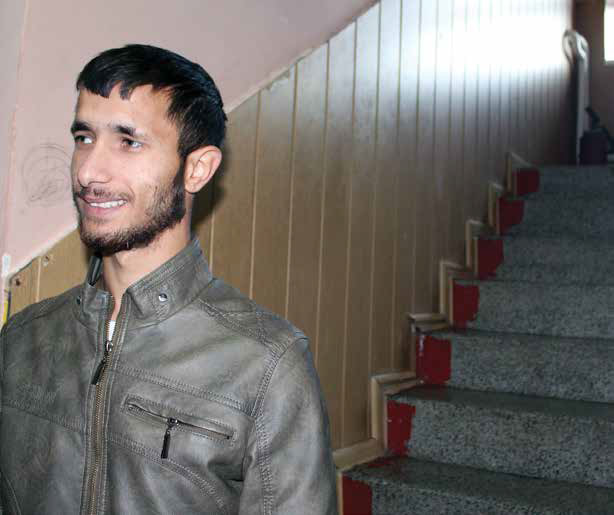 "More knowledge will be useful including the driving license I will get through this additional training, with the support of REF"

“Sometimes I get the possibility to visit my family for a week. Nevertheless, when I go there I come back after two days. I am not angry because of the fact that I have been in the Home for almost five years, nor am I angry with my parents for not taking me back home. I am not angry with my father who has not managed to build a better relationship with me so that our every encounter does not end with a quarrel. After such quarrels, I return to the Home after two days. My mother tells me that my father always cries after my return to the Home. He tells her that he loves me and that he does not really mean what he says. He never told me that himself. But I trust my mother.”

While talking about the relationships in his family, Elvis keeps looking at the floor. However, when he starts describing his plans for the future, he raises his head and looks up.

The police found him wandering the streets. The Social Welfare Center decides to place Elvis in the Home for Children without Parental Care, where he finished primary school. He enrolls secondary school and completes a third-degree secondary education. He realizes that having a degree of car mechanic is not enough, so with the support of REF, he enrolls a fourth-degree secondary education for motor vehicle technicians.

“I met Aleksandar and Aranka here. She was very angry with her parents, especially her father, angry at the life we ended up having as children from the Home. I am not angry myself. I understand the actions of other people. I can even understand my sister who left me wandering the streets while she would beg. She was not much older than me. I am not afraid of the future. More knowledge will be useful including the driving license I will get through this additional training, with the support of REF. If I do not manage to find a job immediately, I am not afraid of work of any kind. I had been picking plums and apples as well as chopping firewood. The three of us will succeed because we also managed together here.”

Copyright 2023 | Designed & Developed by IT Centar

In accordance with Article 15 of the Personal Data Protection Act of the Republic of Serbia and Article 7 of the General Regulation on the Protection of Personal Data (EU) 2016/679, I give my consent for the data contained in cookies to be used for the purpose of better user experience and analytics website visitors